This Is Not Shakespeare's MACBETH OST

by The Brothers Grimm, BRAIN GRIMMER 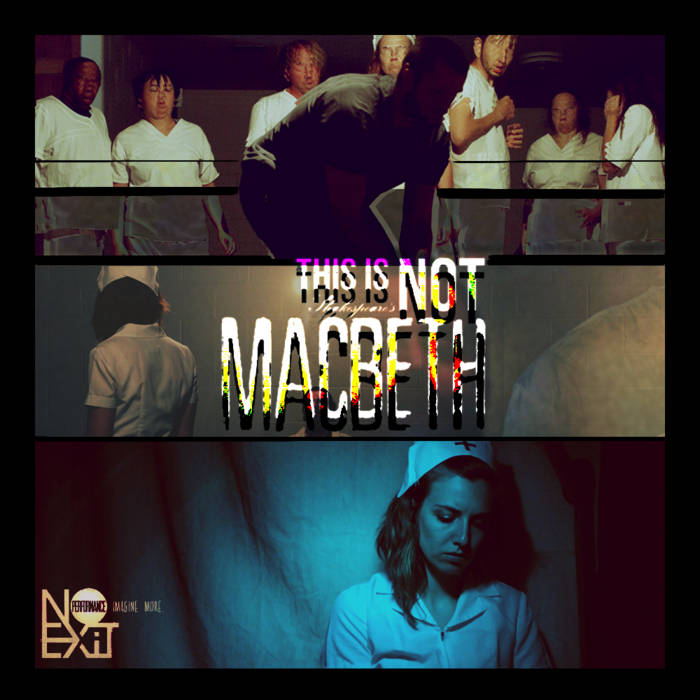 || Notes on the Score ||
The concept for this score involved setting a foley/sound-design score - No melody & rhythm, but dissonant, atonal harmony, soundscapes & uncomfortable textures. We began by going into Bradbury’s Coffee (Madison, WI) after hours and recording every sound that triangular room was capable of. AJ was our sound-guide as we recorded: room noise, beams, ladders, stools, tables, washing machines, refrigerators, espresso machines, coffee grinders, various water drips, toilets, knives, and general kitchen-ware. With this Bradbury’s audio (recorded by Jon Brumbaugh) and other foley recorded at home, we’ve created roughly 100 Sound Libraries for MACBETH – each library housing up to 128 ten-octave, velocity/pressure sensitive Sample Instruments. The end result is about 2,300 custom-constructed sample instruments nested into one-channel (maximum of 16,384 instruments per channel). Controlling these sounds in real time with Ableton Live 8 through Akai APC 40 & Keith McMillen QuNeo midi controllers, we hope to instantaneously surprise, inspire, pace, & effect the actors performances with our live sound-experiments.

Special thanks to Bradbury’s Coffee for letting us record ALL of the sounds in their space! Also, thank you Jon Brumbaugh for recording audio & Glynnis Ritchie for taking excellent video during the Bradbury’s recording session!

“NoExit invites you to check into a world where not all things are as they seem… One part Shakespeare, one part Freud, and one part Parnassus, This Is Not Shakespeare’s Macbeth invites you inside a hospital turned imaginarium to witness how susceptible we all are to the power of our own imaginings.

From director Michael Burke (Medea, Pillowman, I Am Peter Pan) this site-specific work, built atop the original Shakespeare, examines the intrinsic connection between conscious and conscience: the idea that retribution comes from within and it is the demons of our own minds that bring us the greatest grief in the wake of our actions.

Pulling from imagery and practices of sanatoriums and asylums of old, and featuring original, live soundscaping by Madison, WI-based, The Brothers Grimm, devices of hospital lore become the stuff of nightmares, transforming the hospital gallery as the wards take an active role as characters and scene-setters in the mania of two particular patients who seem to be violently reliving the events in their lives that continue to torture their souls…"

All audio recorded, composed, performed, engineered, & mastered by The Brothers Grimm - AJ Grimm & BC Grimm (BMI)
for NoExit Performance June, 2013 production of
'This Is Not Shakespeare's MACBETH'